You are here: Home | Resources | How does a PSBN model cost less than traditional incumbent telco carrier service?

How does a PSBN model cost less than traditional incumbent telco carrier service?

Our PSBN Business Model costs less than traditional telco carrier services in Canada, due to several key aspects of our model, and due to the nature of the Canadian Telecommunications market:

In our PSBN Innovation Alliance studies and whitepapers (URL Link to whitepaper section of website) we have comprehensively modelled the Ontario telecom market and determined that conservatively, using the key tenets of our model above that Public Safety users and agencies alone in the province could easily save between $2B and $4B all-in of raw cost and risk mitigation costs over a 20-year operational period. A Hybrid / MVNO based model can generate significant savings for Canadian First Responder agencies for the key reasons noted above: 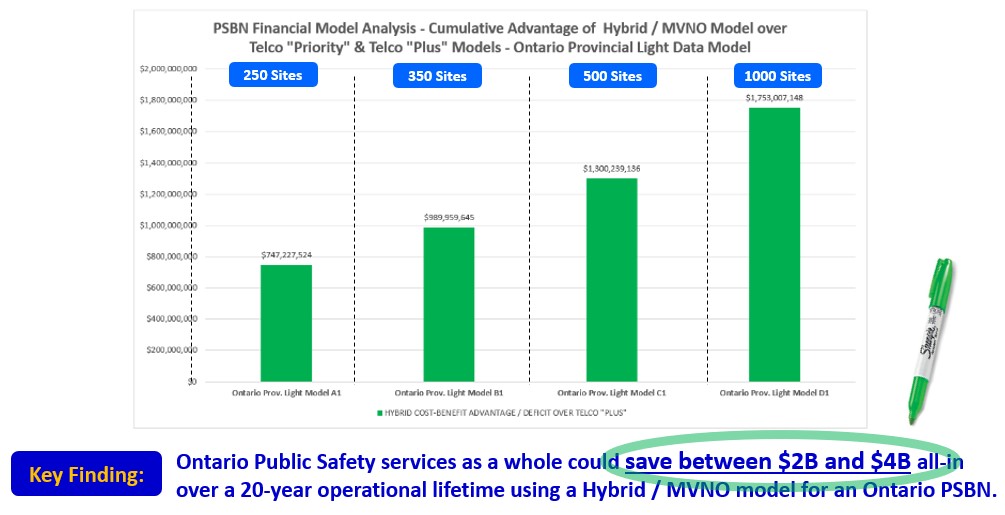